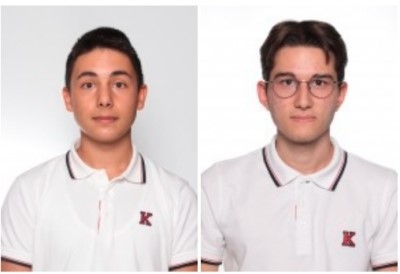 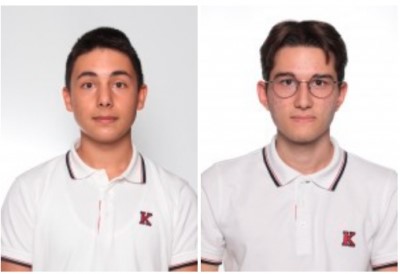 In this citation, Gorgias of Leonti argues that nothing exists, and that, even if something did exist, no one could fully grasp what it actually was and what information could be sought from it. From this citation, it can be inferred that trying to make sense of both our and the world’s existence is pointless, as it doesn’t exist in a comprehensible form, if at all. However, some might challenge this claim by stating that they can observe the world by using their senses of touch, taste, smell, sound, and sight, leading to the conclusion that we do, in fact, exist in this world. This raises a question: Do we, indeed, exist in this universe and, if we do, how can we gather information about things that exist and our own existence itself? In this essay, I will analyze this question by providing several perspectives of both Ancient Greek and more contemporary philosophers, and will later include my own views on the matter.

Throughout the passage of human history and the subsequent development of human thought, philosophers have had ranging views on the subject of existence and its implications on our ability to gather knowledge. In Ancient Greece, philosophers first asked the question, “Is there something that constitutes all beings in the universe–arche–and if it exists, what is its nature?” Thales, one of the first philosophers to find an answer to this question, expressed that water was the fundamental origin of all existence. He justified his claim by stating water is used for a variety of purposes. For instance, all living beings need water to survive. The economy, consisting mainly of agriculture and overseas trading, depends on water. Criticizing the limited and materialistic nature of Thales’s claim, Anaximander proposed that all existence is derived from a boundless, infinite resource: Apeiron. Other philosophers, such as Empedocles, claimed that the question of the fundamental form of existence isn’t limited to a single entity, and proposed his idea of plurality: water, fire, air, and earth. These, he indicated, constitute every being in varying proportions, accounting for the differences of each individual thing itself.

As can be seen above, many philosophers had opposing views on the question of the fundamental entity that makes up all existing beings. Over time, this led to a shift in their focus: Instead of questioning the properties of arche, they started examining the extent to which information, if possible, could be gathered from the world around us. One of the first groups to find an answer to this question was the Sophists, who proposed that it is impossible to gather accurate information about anything, as our only sources of information are our five senses, which vary between people. For example, two people living in the same household might have different views about the weather: one might find it to be warm enough to go outside, while the other might find it too cold. Some Sophists even claimed that, due to the impossible nature of gathering accurate, repeatable information that everyone could verify, we can’t possibly comprehend the nature of our own existence. In contrast, Socrates argued that there is a way to gather accurate information about our surroundings: by using our intelligence and logical reasoning (Rationalism). He proposed that, before birth, everyone’s mind possesses all possible pieces of knowledge–a priori–and upon being born, it is forgotten. He stated that it could be “remembered” by using his method of dialogue, which consists of engaging in questions to simulate critical thinking and, consequently, drawing out information previously forgotten. Socrates also put forth the claim that the world we see and that in which we live in is actually an illusion, and that the “real” world exists in the “ideal” universe, one which can only be grasped by using our minds to think with logical reasoning.

As humanity has advanced through the Renaissance and the Age of Enlightenment, new philosophical views have been adopted to explain the question of existence and knowledge. Rene Descartes, a mathematician and philosopher, was the pioneer of the phrase “I think, therefore I am.”, which gives the impression that all beings are derived from thought. He further developed this idea into Dualism, a point of view that separates the mind–our mental form of existence–from the body–our physical form of existence. Nietzsche, an advocate for Nihilism, argued that nothing of value exists in the world, and that all existing ethical and societal rules must be abolished, paving the way for an anarchistic society. Sartre, a philosopher who lived in the 20th century, founded the view of Existentialism, which claims that everyone shapes their own existence by their own actions taken in free will.

In consideration of all of these philosophical viewpoints, of which none can be considered to be absolutely true or false, I personally believe that, yes, we do exist, and that our existence is meaningful such that everyone can comprehend, to some extent, its nature. After all, if we didn’t exist, why would we be able to live such varying lives, shaped by our own decisions, and pass all of this knowledge and opportunity to expand to further generations? Every day, we wake up and live, as individuals, in this society that we all have created as existing beings. Furthermore, every day we see, smell, touch, hear, and taste some part of this world and gather new information about it. We also use logical reasoning to make sense of this information and put it in a broader context. Such activity and longing for knowledge wouldn’t be possible if we didn’t exist and if we couldn’t comprehend the world around us. In this regard, I side with Aristotle’s view of Rationalism: We gather, using our senses and experiences, information about our surroundings, and use our intelligence to piece it together and synthesize it with previously learned material. This is, in my opinion, ultimately what makes our existence meaningful and worth questioning.

To conclude, the question of our existence and our search for knowledge is as old as human history, ranging from Ancient Greece all the way to our current times. During that time, various ideas have been proposed as to what constitutes the fundamental aspects of our existence and what ways we can use to gather information about it. From my perspective, what makes our existence worthy of examining is our ability to use our five senses and our minds to gain knowledge about the world we live in.

“A free society is a community of free beings, bound by the laws of

sympathy and by the obligations of family love. It is not a society of people

society. Without moral constraint there can be no cooperation, no family

The quotation mentioned above from Roger Scruton, who specialized in the advancement of conservative and traditionalist values, explores the means by which a society can be considered a society. He emphasizes cooperation and love as the basis of an orderly society in terms of economics and social order, and he outlines the inherent necessity of moral constraint for a society to be established. In this essay I wish to demonstrate whether sympathy and moral obligations are the essential values that make a society what it is.

To recognize the importance of a value in a society, one essentially needs to define what a society is. If a society was defined simply as a large group of people that live together, then it would mean that if you took several people out of the place they lived and brought them to another city, their simple presence in the city would constitute a society. However, the constituents of this hypothetical city would not consider themselves a society for they do not have similar experiences, cultures, virtues or personal values. It is required that there be a shared understanding of values to differentiate a large group of people who are in close contact from a society. An emphasis on free society should be mentioned because societies can have other values imposed on them by powers foreign to them, through colonization or conquest. Therefore, a dependent or occupied society may not have the same values as those who exist without unnatural foreign intervention.

How can order be defined and why is it an important part of society? Order is created through one's ability to conform to society or the ability of the society to adapt, tolerate or permit the existence of other values. For both of these prerequisites, there needs to be a moral constraint, whether it be the understanding that two human beings can disagree and coexist or the sense that it is for the greater good to establish order while opting out of some personal choices. Therefore, order has to be sustained in a society for the people in it to coexist or want to coexist. Due to the social contract, which provides legitimacy to those who rule through the implicit consent of beings in a society, coexistence and the will to coexist can be considered the same, since it is not possible to choose a state of not coexisting due to the simple fact of being present in a society. With these in mind, it is possible to state that order is not only the non-existence of a conflict or unrest, but the active prevention of any situations developing into a state of conflict or unrest. Conflicts and unrest, however strong the bond between the individuals of a society may be, are ultimately a result of a difference between the personal values one considers significant or essential, and therefore can lead to the collapse of a society through the separation of people who have established for themselves different values.

No matter how tough the established laws of a society are in terms of punishment or consequences, there have always been those who have acted outside of legal regulations. Then, how can a society be governed such that everybody is capable of acting in a manner pertaining to the rules? A rule has to derive from within, since any external imposition of a rule that binds beings in a society can be questioned in terms of the legitimacy of the person imposing the rule. In this context, a comprehension that different people with differing experiences, thoughts and ideas can be present in a society without creating conflict should exist between people, as aforementioned. The inherent sense of sympathy is important: as a rule, it derives from within, and it creates the mentioned comprehension. Another step to create a society, a community without significant conflict is love. If a human being loves the society they are in, they do not hesitate to work to reduce the chances that the society collapses, since a situation which they love is better than a situation which they may not like at all. This love should also come from a feeling of family, since the bonds of a relationship acquired later in life derive externally, such as that of a friendship. However, familial relationships possess a natural aspect, which creates an internal basis. With all of the aforementioned in mind, a family-like perception of society makes it more difficult to reject the rules of a society. Combined with sympathy, it creates the basic factors that needs to be present in a free society.

A community of people alone cannot be considered a society. As established before, there needs to be a bond—which is sustained through sympathy and familial love—and a common understanding of moral constraint among the individuals. Any other beneficial aspects of a society, including order, can only be considered in a real free society.